Posted by Unknown at 11:20 AM No comments: Links to this post

Yeah, yeah, yeah, I know...it's been almost two years since anything got posted on HYR.  I'll do another post as to why but for now here is a first impressions review of the Sunlite Gold Tec HD Tourer Rack I picked up from The Bike Shop last week (08/15/2016). 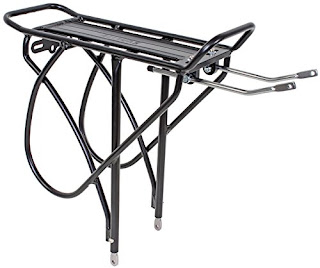 I decided to try to install it myself (rode home with it jerry-rigged to my backpack).  Managed to get it attached with a minimal amount of profanity and sober.  All right!  Woo!  Yesterday (08/22/16), as I was riding home the top connectors came loose (popped out more accurately) as I was riding and the entire rack hinged back and bounced off the wheel.  Fortunately, I wasn't on North St, was slowing to an intersection, didn't really have anything in my Roswheel 3 in 1 bags, and was only about a half mile walk to The Bike Shop (which was still open).  The staff at the shop was awesome and helped me get fixed up (and I need to not only start carrying tools with me but I need to get a set of wrenches, rassafrassarassa bicycles making me feel all, "You know nothing, Jon Snow!").

Apparently I neglected to tighten the connectors with a wrench.  I knew something was wrong after I installed it because I heard a rattle ("That doesn't sound right") and was going to swing by the shop anyway because I figured that I had messed something up and I did. So there. Stupid learning experiences.

There's nothing wrong with it now (knock on wood).  Rode home yesterday with a decent load of groceries.  Went for a ride this evening and nothing was rattly or shaky.  It's not particularly heavy (2.4lbs) and seems solid now that is properly attached.  That being said, I'm planning on putting fenders on my bike which means I (or the fine folks at The Bike Shop) will have to take rack off and compensate for a fender.  Once that is done I'm thinking applying some thread locker might not be a terrible idea (or maybe it is, what do I know?) to really clamp the bastard down.  First impressions, not really a fan, but for the price point *shrug*.

I picked up the Roswheel 3 in 1 bike bags earlier this month for about $30 (I couldn't pass up the deal at that price point).

It's been raining here in East Texas for the last week or so (not as bad as in Louisiana but pretty severely on and off) and these bags have managed to keep whatever I put in them dry.  Now, I haven't gone through a deluge with them yet so...

I like these bags though I haven't tried to see just how much I can cram in them (I haven't given them the 30-pack test yet).  It's a set of panniers that velcro to the rack and the top bag/satchel clips on at four points.  Looking at the photo now, ah so the satchel strap is supposed to go through the whacha-loop-things...hold on,  I was figuring that's how it was supposed to work because there are plastic D-rings on the panniers to help lift them up.  I'm going to go see how this is supposed to work.
*cue holding music*

Well, I can see by the picture how it is supposed to work but the shoulder strap clips do not fit through the loop.  It's about half-inch too narrow.  Easy enough to fix, was gonna have to pick up some bungees and paracord anyway.

First impressions, there is a learning curve.  Once I figure out how to properly secure and pack the panniers with the right gear they're probably going to be pretty awesome for the price point.  They have great clearance for pedaling and they don't shift about (even with a poorly mounted rack).  There is a fairly rigid piece of paneling on the interior so the bags won't get sucked into the spokes (again, knock on wood).  What I am not so keen on is the lack of interior pockets/storage compartments.  However, if what I've been reading and watching on teh youtubes is true, I should probably be evidence bagging contents any way. "Compression sacks".  *DUN DUN* "Compartmentalize".  *DUN DUN*

Then there are some old hat bicycle tourers who say, "Yeah, just use some ziploc bags and plastic shopping bags."  There we go, perfectly reasonable, "If the shit fits, wear it."

Hope that all of you and yours are well.

Posted by Unknown at 12:33 AM No comments: Links to this post

The Pineywoods Purgatory 25 mile ride or: How I learned to Stop Worrying and Love the Long Distance Bike Ride

After months of not posting I finally have something worth posting about:

A good friend asked me if I wanted to attempt the Pineywoods Purgatory 25 mile ride.  To our mutual surprise, "Yes, I do want to".  I wanted to a lot.  The next day, when I was sober, it dawned on me that I had no idea what I had drunkenly agreed to and immediately began to think of reasons to weasel out (yeah, pretty much what I do when I agree to do things when I'm drunk) and then, I didn't want to weasel out of this.  I did not know if I could do it or what it entailed or...I went through the self-doubt rolodex.

A few weeks passed and I poked around on the internet for reviews of the ride, tips for riding your first 25 mile ride, yadda, yadda, yadda.  98% of what I found was, for  my tastes, useless information. There were articles for cyclists (y'know, people who ride 25 miles as their warm-up).  There were articles for women who wanted to train for their first long ride but who trained and went a gym and balanced bicycling with their lifestyles.  Then last week I threw some numbers around about what I have been biking each week (roughly 35 miles) since the middle of March 2014.  So with maths, roughly 840 miles in six months from my new home to work and back and around town.  Downside is I still smoke like a fish and drink like a chimney but hey, bicycling and new found confidence that I could potentially complete a 25 mile ride without dropping dead or vomiting blood or both.

In the last week people have been asking me, "Why are you riding 25 miles?"  Mostly with incredulity, though I'm not sure if they wonder why someone would ride that far in one go or if they wonder why the hell I would do it (most people seem to think that I hate everything, up to and including most physical activities people think of as "fun").  My initial response was honest and far from snarky, "I never do anything, I've never done anything like this before, and I want to see if I can do this."  Then I would say something snarky to make them feel more at ease.

My friend picked me up this morning at 6:30am.  Loaded up the bikes and gear and drove down to Lufkin for the ride.  Yeah, I was nervous over the last couple of days and last night I asked, "What the fuck did I talk myself into?"  That early on Saturday morning after only a few hours of little kid Christmas Eve sleep, I wasn't nervous I was on autopilot.  He offered much needed advice and suggestions on riding etiquette and cadence & pacing.
My biking outfit consisted of khakis (hems tucked into socks ride to work style), Stewart plaid Doc Martens (purchased in 1996), my smelly hat, borrowed bike gloves, new underclothes (second time wearing boxer briefs in my entire life), and an electric blue too-tight shirt I bought from Goodwill last Thursday for $3.99.  Riding a 7.3 FX Trek (gifted back in May '14 by same friend who invited me to this ride).


I have to admit that I felt an old, sadly familiar, Hooligan Youth feeling watching and looking at most of the other riders.  Self-conscious, woefully inexperienced, poor, and not sure if I should really be there at all. Then that surge of, "I'm going to kick ass just out of spite."  Nerves really hit me when  my friend and I got queued up - thankfully near the back.  I didn't have to recite the  "Litany of Fear" but I had to consciously keep my breath regulated.

Then it was time to set off.  I almost hit a firetruck bumper trying to get my left shoe in the strap and not crash into anyone.  Out of the parking lot, took a right, and had some goddamned fun.


There was one point I had to dismount but other than that I did solid (mostly).  Awesome ride with excellent company.  The rest stops were well stocked and the second rest stop had ibuprofen, bananas, and pickles.

The riders on the 25 ranged from little kids to not so little kids.  Was kind of awesome to catch up to a little kid in full rider gear kicking ass, okay she had two support trucks but still she was beasting. Mother and son in the last third with us, the son was on a Specialized and we hit this hill that suuuuuuucked. He and I were just bitching but fun bitching and picking on one another.  Some older guys (than us by twenty years) who started with us were doing the 50 ride.  Woman at the second rest stop looked at me and said, "You've got the bug now." (paraphrase).  Apparently I shifted into my standard bicycling cussing at one point in the ride, which cracked another rider up.  I also became self-conscious of how I talk to my bike to help me through tough spots.  Hell, I do the same thing in EVE...

Despite being outside of my comfort zone with a completely new experience I had an awesome time. This kind of ride was far different than the aggro-blitz I do to work and back and I always kept that in mind.  There were a couple of points I opened up or was seriously tempted to or give into rage and berserker stretches (like I do normally).

I'm still gonna smoke a smoke before the ride.

Posted by Unknown at 7:05 PM No comments: Links to this post

Sir, it seems the hooligans have acquired a Twitter.

Not just for Wedding Crap and Gross Cupcakes!

Hooligans at the wire! 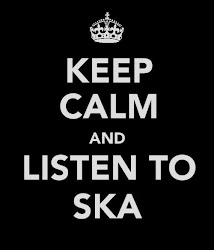 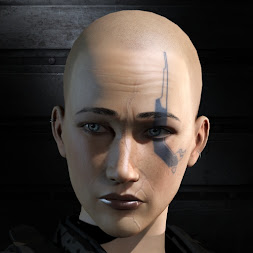 A hit! You sunk my Battleship!

We have a lock on your location.